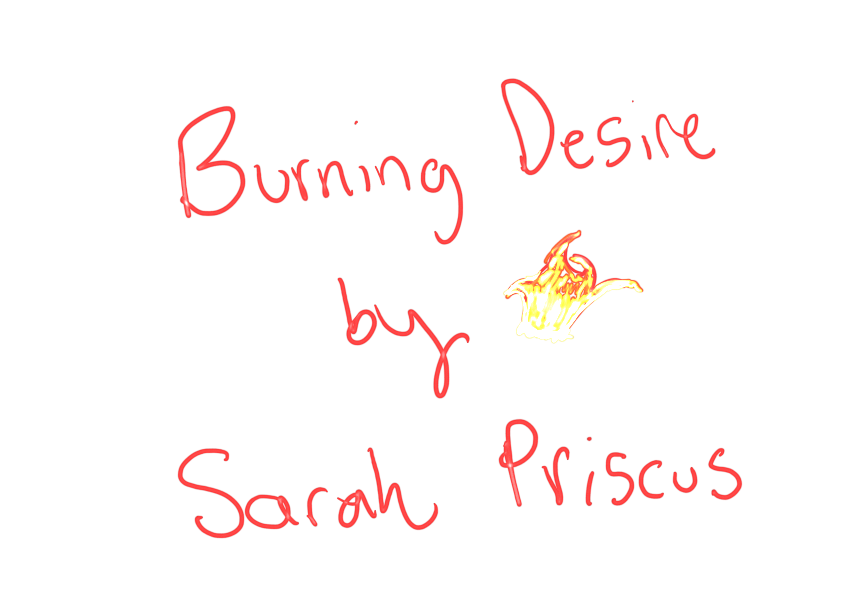 “Fire burns anything it touches right up, and here all these people were, inviting it into their bodies. How strange, Libby thought, and how strangely understandable.”

In the fifth grade, Libby dipped her Happy Holidays Barbie into the twin flames of her mother’s Peach Bellini-scented candle. There was something painfully pretty about the way sparks lit up across Barbie’s stiff, golden hair. Libby kept the doll’s face firmly in the middle of the left flame, leaning close to it so that she could see the plastic begin to melt. Its face turned so liquid that it began to drip, and as soon as Barbie’s upturned nose started to slouch off her face, Libby freed her from the flames and extinguished her in a glass of lemonade. When Libby pulled her out of her sugary bath, her synthetic hair had all but disappeared from her scalp and her face had smudged into an anonymous, blobby mess.

Libby leaned close to the doll’s now-gummy ear and whispered an apology, but she didn’t mean it. A thrill – of what? power? authority? – coursed through Libby’s tween veins. Blackened tufts of synthetic hair floated around the glass of lemonade. Libby poured the whole cup down the sink.

In the eighth grade, Hailey Claridge showed Libby how to get her eye makeup to look extra dark. Libby appreciated this advice because her mother only let her use children’s makeup, which was essentially designed to be next-to-invisible. Libby wished desperately for the ability to buy some concealer, at least – her skin had recently begun to erupt with tiny colonies of pimples, and between her brand-new braces and her complete lack of breasts, she was less than excited to have another embarrassing flaw to cope with.

In the third-floor girls’ bathroom, Hailey beckoned Libby over to watch while she held a black eyeliner pencil against the radiator.

“What if it catches on fire?” Libby asked.

Hailey shrugged and said she’d never seen that happen. She said that she was pretty sure that they even didn’t make the pencils out of real wood, but of a “fake Chinese substitute” instead. Libby trusted her authority because Hailey was two inches taller than her and was in the gifted class.

Hailey waited until the kohl-colored pigment just began to soften, then lifted it to her eyelid. She stretched her skin taut and painted a long, thin line across each of her eyelids. Libby looked at Hailey’s reflection in the mirror and thought she looked lovely.

A week afterwards, Libby finally worked up the nerve to swipe one of her mother’s eyeliner pencils and take it to school with her. She stood in the same bathroom as before, holding the pencil to the radiator. A girl from the grade below walked into the bathroom while Libby was still in the process of melting the makeup. Libby didn’t understand why someone walking in on her embarrassed her so much.

It was achingly hot beside the radiator, but Libby didn’t want to budge. She pressed the pencil firmly to its blistering metal, watching as the pigment nestled inside the wood went from soft to mushy, to gooey. She could have kept it there all day, watching as it slowly dissolved to the mercy of the heat, but she was too scared to ruin it forever.

Libby tried to line her eyes in the same way that Hailey did, but it didn’t work. Instead of sleek, straight lines, she was left with a smudged and too-thick mess that made her resemble something not unlike a raccoon. Well, shit.

It was too late for Libby to scrub off the makeup, lest she be late for third period, so she walked to class with a face half-caked in liquified kohl.

Bradley Morningbird laughed when he saw her. “Eyeliner’s for your eyes, idiot,” he said, “Not your entire face.”

When she got home, Libby snapped the burnt pencil in two and threw it in the trash.

In eleventh grade, Libby realized that looking different was excusable in the eyes of her peers if she did it on purpose. She toyed with the idea of being goth for about a week, then realized that all black made her look a little too vampiric. She opted afterwards for a look that was maybe-edgy, maybe-grungy, and certainly disobedient to the school dress code. Putting in effort had suddenly become uncool to her teenaged peers, so she spent an hour every morning trying to look effortless.

She went to a house party at the edge of town. It was a big house with barely any furniture, and a lawn that stretched for half an acre into the forest. Teenagers circulated rhythmically in and out of the house’s two entrances, pulsing through the party like blood through veins. Libby didn’t really know what to do with herself.

She stood against the dishwasher in the kitchen with all the observer-awkwardness of a girl who was trying to convince everyone else that she knew exactly what she was doing. She wore two different types of foundation. She reapplied her lipstick. Someone poured her a glass of lemonade and told her to add a shot or two of vodka to it. Libby didn’t.

Eventually, Bradley, who had decided she was no longer an “idiot” approximately around the time she started wearing ripped jeans, invited her out to the lawn, where a handful of semi-rebels were planning to smoke cigarettes and yell loudly.

She followed him without a second thought. Libby didn’t partake, but loved watching the way smoke spilled out of her peers’ mouths. Fire burns anything it touches right up, and here all these people were, inviting it into their bodies. How strange, Libby thought, and how strangely understandable.

Bradley left his lighter on the lawn, and everyone but Libby drifted back into the house. She laid on her stomach, the grass scratching her elbows, and flicked it on and off. It was so exciting. There was nothing, nothing but pitch-black darkness, then she moved her finger and bam! There was the smallest dancing flame she had ever seen. She could make it come and go at will. Libby shook the lighter and heard the fluid slosh inside. She laughed to herself.

She played with Bradley’s green Bic lighter until it almost ran out of fluid. She basked in the tiny, flickering light that the flame emitted. Every time the lighter jumped to life, she was elated. She watched the delicate flame dance and swirl in the humid nighttime air, holding it so close to her face that she felt heat emanating onto her cheeks. Libby was surprised when she didn’t start melting like Barbie had, all those years ago.

Libby lifted a clump of dry grass from the ground and touched it to the flame. It burst alight immediately, the flames rushing towards her hand. Libby shrieked and dropped the flaming greenery onto the dirt. The fire caught to the grass it landed on, and in seconds, a small six-inch square of ground had sparks flying from it.

Libby didn’t move. She reached out to touch the growing flames, her flannel shirt dangling precariously, to investigate what they might feel like on her fake-tanned hands, but someone yanked her by the shoulder and threw her to the ground. Bradley.

Bradley tossed a bowl of water onto the flames and extinguished them. “I saved you from a real disaster there, Libby,” he said.

“It was kind of pretty, don’t you think?” she asked.

Libby thought he was heartless. All that was left of the fire was a muddled mess of soggy grass and ash. Bradley had broken and dissolved the fire that she created. It was hers, her handiwork, and he had banished it without a thought.

The smell of something burning still hung in the air. Libby breathed in deeply. That dark, charcoal-black smell tempted and taunted her. It smelled so warm.

Libby ran her fingers over the extinguished patch of grass and pocketed the lighter.

At school the Monday after the backyard fire, Bradley told all his friends (who in turn told all their friends) about Libby’s possible pyromania. He greatly exaggerated his brush with disaster, painting the scene so vividly for anyone that would listen that several people began to swear that they had seen him running in Baywatch-style slow-motion out to rescue an allegedly terrified and helpless Libby from the blaze.

Libby didn’t care too much about Bradley painting himself as a Hasselhoff-esque hero. Rather, she was bothered by the fact everyone believed that she had been scared of the tiny fire. Scared of her own fire.

Libby never flicked the green lighter again. As weeks wore on, her peers began to forget about the “near-disaster” in the backyard. Soon, Libby’s mind rarely drifted to that night. Still, when she saw a stovetop element glowing orange, or a campfire crackling with heat, she had to hold herself back from throwing her hands (or whole body) forward.

She didn’t want to burn, but she desperately, helplessly wondered what it would feel like.

Two years later, in her first year of university, her mother sent her a votive candle with the face of St. Lawrence emblazoned on it as part of a “care package.” Libby forgot about it for two weeks and only remembered she had it when she spotted some vintage matchbooks in a thrift store. She wondered if old matches would still burn as brightly. Deciding against the matchbooks for fear that they wouldn’t light properly, Libby made her way to a corner store and picked out a cheap, plastic lighter from the display near the cash. She thought it would be strange to buy just a lighter, so in an effort to seem more casual, she also purchased a jug of generic-brand lemonade.

Her hands shook just a bit when she handed over the $5.75 that the cashier asked her for. Libby tucked the new lighter into her coat pocket and swung the jug of lemonade as she walked back to her dorm.

In her room, she poured herself a modest glass of her drink. She sat down at her desk, directly in front of the candle, and prepared to light it. She thrilled inside. Just as she was about to set the wick aflame, she realized that she should probably open a window, for fear that the smoke would drift down the winding corridors of the dormitory and set off the smoke alarms.

She cranked open her fifth-floor window, then returned promptly to her place in front of the candle.

She gazed into St. Lawrence’s flat eyes and lit the wick. She watched as the once pure-white color of it began to blacken, and as the wax surrounding the flame turned to thick liquid.

Libby held her breath as she ran the fingers of her left hand quickly through the flame of the votive candle. All that left her with was a trail of ash across her nails. She had only felt warmth because she had moved so fast.

Determined now, she inched her pointer finger closer and closer to the flame until she was only a breath away from it. She dipped her finger into the flame and immediately, involuntarily yelped. It was like being stabbed by a fleet of tiny needles. Like being pinched. Libby sucked on her finger as it reddened in pain.

Sarah Priscus writes in Ottawa, Ontario, Canada, where she studies English and Theatre at the University of Ottawa. She has previously been published in Luna Luna Magazine, Rookie Mag, Atlas and Alice, and Every Day Fiction, and has work forthcoming from Vessel Press. She can be found on Twitter at @sarahpriscus.

This piece was sponsored by Brad Gibault as a part of our 2019 Nonstop Beginning Fundraiser.